With over 1 in 10 people around the world going without food daily and 8-10% of greenhouse gases relating to food waste, researchers and business leaders look for ways to reduce our worldwide food waste issue
Oscar Pusey
Research Analyst, Zero Carbon Academy
Follow
Like Be the first to like this
0

The global problem with food waste

Around 2.5 billion tonnes (over one-third) of the world's annual food is lost or wasted—the process of producing food accounts for one-third of this. The value of this wasted food is estimated to be $230 billion by Boston Consulting Group (BCG).[i]  Regardless of income level, the UNEP food waste index report shows that food waste was significant in practically every nation where it had been evaluated. It demonstrates that households account for the majority of this waste, discarding 11% of all the food available at the point of consumption in the supply chain. Retail stores and food services waste 5% and 2% of their food, respectively. Globally, 121 kilogrammes of consumer-level food are wasted annually, with households accounting for 74 kilogrammes of this total.[ii] Food waste has a significant negative impact on the environment, society, and economy. When losses before consumer level are taken into consideration, food waste accounts for 8%–10% of global greenhouse gas emissions. Food waste happens at the same time as 3 billion people cannot afford a decent diet, and 821 million people go without food.[iii] In accordance with SDG 12.3, the study offers a common approach for member-state measurement and reporting on food waste, allowing countries to comprehend the scope of the issue and monitor development through 2030.

According to a recent survey, the biggest corporations in the UK have reported a 60% increase in food waste over the past six months due to unprecedented pressure on supply chains. This is a result of the continued cost-of-living crisis, the conflict in Ukraine, and labour shortages caused by COVID. According to research by Sodexo, 35% of respondents warned they would have to keep raising their prices as a result of the challenges they have in managing their supply chain, and 32% thought it would take a full year for things to get back to normal. 44% of respondents said that labour shortages are a problem, while 38% said that freight issues in their supply chain are a problem.[iv] As managing an entire supply chain seldom falls to individual businesses, innovation and ingenuity are relied upon to reutilise or reduce food waste at the point of sale or use.

Researchers from the US Department of Energy have long supported efforts to economically manufacture fuels made from plant or animal waste in place of petroleum. They have created technology to turn waste materials like agricultural residues, forest by-products, algae, and even sewage sludge and manure into these biofuels.

Researchers recently succeeded in converting food waste from Coyote Ridge Corrections Centre and Joint Base Lewis-McChord into an energy-dense biofuel that could assist in displacing today's fossil fuels.[v] First, food waste is more efficient than other feedstocks because of its higher fat content and lower mineral content, which enables more gallons of biofuel to be produced per tonne of waste. Food waste reduces pre-processing costs and streamlines production because it is easily converted into a pumpable slurry. Second, obtaining food waste can be more affordable than obtaining alternative feedstocks with greater growing and harvesting costs. People are eager to pay for its disposal, which is currently being produced in large quantities. Using food waste instead of crops like corn or soybeans to make biofuel also protects fertile land from being used for fuel instead of food production. Third, keeping this trash out of landfills would be vital given recent restrictions on the disposal of certain types of food waste. Methane, a strong greenhouse gas discharged into the atmosphere if not caught, is produced as waste decomposes.

According to Olleco, anaerobic generation biofuel from food waste in the UK would have a huge environmental impact on a national scale.

Awareness of the huge scale of food waste across the world and in the UK is the first step in addressing the issue. Defra, the Department for Environment, Food, and Rural Affairs, began a consultation on ways to improve how big businesses in England report food waste. The 12-week consultation, released on 13th June as part of the government's National Food Strategy, outlines several methods required of businesses to report food waste and asks who should be covered. Defra is considering requiring companies to declare their food waste levels. There were three possibilities presented: do nothing, strengthen voluntary agreements, or compel large enterprises to track and report food waste. [vii]

Beyond corporate responsibility, UK retailers are adapting their own practices with the intention of changing consumer behaviour. Aldi will have eliminated best before dates from almost 60 fresh fruit and vegetable lines by the end of the year, including apples, pears, citrus fruits, potatoes, carrots, and onions. As a result, according to Aldi, this should assist households in reducing food waste. Additionally, it advances Aldi's goal of halving food waste by 2030 and reducing it by 20% by 2025.[viii]

Liz Fox, director of corporate responsibility at Aldi, stated: “One of the reasons we are the UK’s cheapest supermarket is because we cut down on waste wherever we see it. And by getting rid of these dates on packaging, we can help customers get even better value by reducing the amount of food that goes to waste at home. This latest step, together with our partnerships with Neighbourly and Too Good To Go, is all part of our efforts to provide affordable, sustainable and responsible products for all our customers.”[ix]

Aldi has decided to remove the best before dates from certain fresh produce lines, joining stores like Sainsbury's, Asda, and Marks & Spencer. According to guidelines established by the Food Standards Agency, retailers are required to include use-by and/or best-before dates on specific food and beverage products (FCA). Best-before dates are recommendations for when to eat foods, but use-by dates are given to goods as a "deadline" when a portion of food provides a significant risk of food poisoning after a certain amount of time. Numerous studies have shown that consumers frequently confuse the two phrases and discard food as soon as it has passed its best-before date because they believe it to be unsafe after this time.[x]

In attempting to ensure the understanding of the terms best before and use by, these group of supermarkets could not only reduce their own food waste but encourage consumers to become more adaptable and aware of when food must go to waste out of necessity and when it only goes to waste due to the number printed on the side.

In search of a hydrogen-driven acceleration towards net zero, could the phasing out of coal be at risk?

As the world looks to Qatar as the host of the World Cup, are their claims of championing the climate overshadowing the work of more minor characters in football? 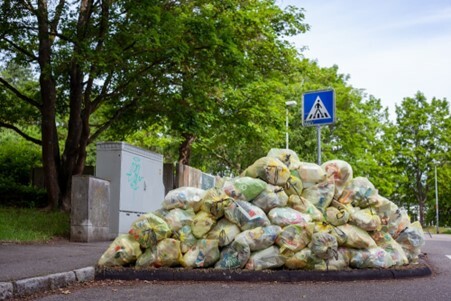 With over 1 in 10 people around the world going without food daily and 8-10% of greenhouse gases relating to food waste, researchers and business leaders look for ways to reduce our worldwide food waste issue