With rising costs, purse strings are being tightened by many this winter. As Christmas approaches, we look at how the circular economy may play a greater role in delivering seasonal cheer.
Lauren Foye
Head of Reports, Zero Carbon Academy
Follow
Like Liked by Oscar Pusey
0

In a boost for circularity, the use of reselling sites increases

The circular economy is a growing ideology that seeks to eliminate waste - instead focusing on reusing and recirculating materials to preserve the environment and natural resources. According to WEF, it is believed that this could yield up to $4.5 trillion in economic benefits by 2030. As we reported earlier this year, the surging popularity of rental & reselling sites is fuelling hope for a circular economy. With the ease of online reselling sites such as eBay, Facebook Marketplace, and Craigslist, it is increasingly convenient for consumers to list unwanted items for sale and make remote purchases. Brands themselves are also waking up to the idea of monetising the resale of goods via their own platforms. By allowing consumers the chance to resell items on a brand or business’s e-commerce site, a seamless, brand-loyal experience can be created for customers, and at the same time, provides retailers the potential to keep resale (a fast-growing market) within their own business. Wilson Griffin, co-founder and COO of Recurate, told Forbes in January that “The resale market is growing 11 times faster than traditional retail, which is due to a combination of factors from customer demand for more sustainable and affordable ways of shopping, to advancements in technology that power resale.”[i]

Could a circular Christmas, where pre-owned or refurbished gifts increase in popularity, be on the cards? Well, we have already seen a shift in behaviour during the annual Black Friday event- a more recently imported phenomenon where many consumers buy Christmas presents and other gifts at discount. The Guardian recently reported that Black Friday experienced ‘a muted start’ this year in the UK; they noted:

“On Friday morning (25/11/22), the number of transactions handled by Barclaycard Payments, which processes £1 in every £3 spent in the UK, was up just 0.7% on the same period on the morning of Black Friday a year before and just under 5% up on pre-pandemic levels.”[ii]

With many consumers finding disposable income to be less this year, people are less able to buy a brand-new item as a gift. In fact, a recent poll by eBay UK found that 52% of people will be shopping for second-hand or refurbished products this season, with saving money as the top incentive (56%) for changing their shopping preferences[iii]. eBay itself had already announced that it would only be promoting pre-owned and refurbished items during black Friday. In further research by eBayUK, undertaken in partnership with WRAP, it was found that if everyone was to shop for only pre-loved or refurbished items, the nation could save a huge £8 billion per year, equating to as much as £280 per household[iv]. They argue that there is an appetite for such a change:

“In 2021, 8 out of 10 bestselling Black Friday deals purchased on the online marketplace were refurbished.” the data “also suggests that these efforts could save 300,000 tonnes from landfill per year, which would fill the Royal Albert Hall six times over, and reduce carbon emissions by at least 1.5 million tonnes, an equivalent of taking 323,000 cars off the road for 1 year.”[v]

Murray Lambell, eBay UK’s general manager, explained: “In its current form Black Friday is broken, but it’s not too late to make it relevant for today’s consumer. While it was first introduced to offer consumers big savings ahead of the festive period, it no longer delivers on that same promise of value. For shoppers it creates a frenzy, with a ‘buying for buying sake’ mentality. The cost of living and climate crisis presents new parameters as consumer shopping habits continue to change, as we’ve seen a sharp increase in purchases for pre-loved and refurbished.”[vi]

One benefit of the resale and reuse of goods is the reduction in packaging. Reusing avoids the creation of a new product and, subsequently, its packaging materials, meaning there is less material in circulation. On their busiest day in the run-up to Christmas, Amazon reportedly receives 47 orders per second (and subsequently ships these in mostly cardboard packaging).

Where older products are shipped, the use of easily recyclable materials or original packaging should be encouraged. Further, by reusing or reselling goods, waste is reduced. This is particularly important given that each year, 5 billion pounds of waste globally is generated through the return of unwanted goods back to retailers. Sarah Needham from the Centre for Sustainable Fashion at the University of the Arts London told the BBC: “We know that many of the products that are returned end up in landfill before we even use them which only adds to the vast amounts of used items already ending up in landfill... These products use precious resources which are becoming scarce and we are throwing them away unnecessarily.”[vii]

However, not all materials can be (or are) resold or recycled. In total, UK households throw away three-and-a-half black bags full of Christmas packaging. Furthermore, UK residents send around 114,000 tonnes of plastic packaging to landfills each year instead of recycling.[viii]

Plastic is one of the biggest concerns when it comes to waste, so much so that, as we noted in March, The UN is working on a treaty to end plastic pollution, with broad terms agreed upon at UNEA 5. By the close of the event, it was decided that an intergovernmental committee would be created to negotiate a new legally binding treaty on plastic reduction by 2024.  “The agreement will reflect ‘diverse alternatives’ to address the full lifecycle of plastics, the design of reusable and recyclable materials, and the need for more international collaboration in support of technology, capacity building, and scientific cooperation.”[ix]

A recent survey carried out on behalf of WWF, and the Plastic Free Foundation asked over 23,000 people from 34 countries for their views on the plastics treaty. It found that 7 out of 10 people believe that the treaty should create binding global rules to end plastic pollution, and almost 8 in 10 support rules for making producers more responsible for the plastic they generate, bans on difficult-to-recycle plastics and labelling requirements[x].

Global Plastics Policy Lead, WWF International, Eirik Lindebjerg, said: “People are confused and increasingly frustrated by the complex and often contradictory responses to the plastic pollution crisis from governments and industry alike. Through the survey, we sought to understand what the citizens of the world want to see happen and with the report, we wanted to identify the most effective steps that governments can take during the negotiations. Both sets of research show unequivocal support and need for robust global regulation of plastics from production through to end-of-life management.”[xi]

Speaking to Edie.net, The Plastic Free Foundation’s founder and executive director Rebecca Prince-Ruiz said that whilst many people are taking individual action to reduce their plastic waste, “many are also realising that their individual responsibility must be matched and accompanied by global and systemic action for the world to make a dent in reversing our devastating plastic pollution footprint”. The NGO estimates that, during the two-year negotiating period for the treaty alone, the amount of plastic pollution in the ocean by weight will increase by 15%[xiii].

Whilst a potential treaty on plastics will arrive too late for Christmas 2022, the uptake of pre-owned and refurbished gifts offers hope that we could see reductions in waste this festive season, as consumer appetites change from wanting to purchase ‘throw-away’ goods and instead towards ‘pre-loved’.

[i] Resale Set To Be Star Of Retail In 2022 For Consumers And Brands (forbes.com) 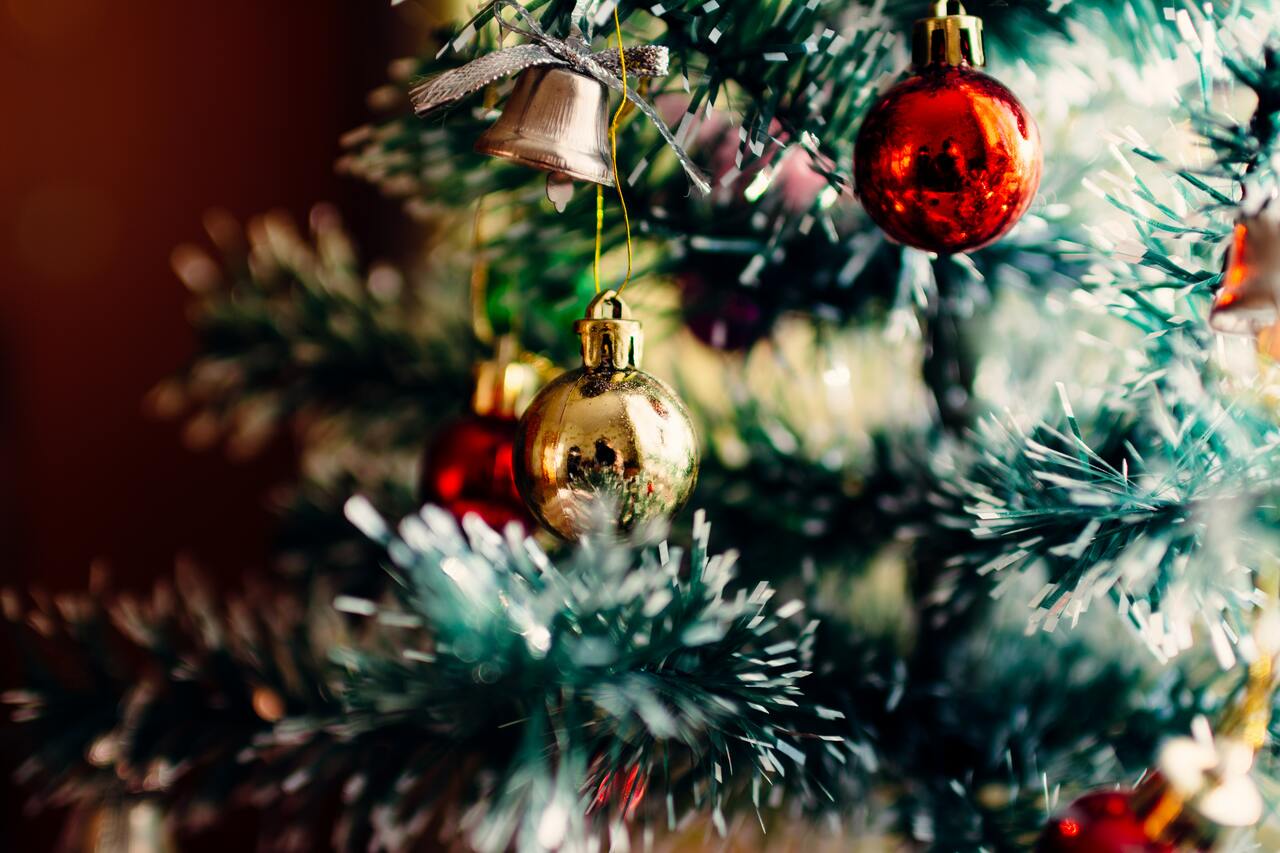 With rising costs, purse strings are being tightened by many this winter. As Christmas approaches, we look at how the circular economy may play a greater role in delivering seasonal cheer.