As Queen Elizabeth Celebrates 70 Years on the Throne, We Look at How the Climate has Changed Over Her Remarkable Life

Her Majesty’s record-breaking reign has witnessed worrying change in global climate. Since her birth, temperature anomalies of 1℃ have occurred & CO2 concentrations have risen by 100ppm+. Yet if our climate can be changed in a lifetime, then perhaps it may also be restored within another.
Oscar Pusey
Junior Analyst, Zero Carbon Academy
Follow
Like Liked by Sarah Wilman
0

The early years of Princess Elizabeth of York

When Queen Elizabeth was born in 1926, global fossil fuels were responsible for around 3.6 billion tons of CO2 being added to the earth’s atmosphere, CO2 concentration in the atmosphere was at 304.8 parts per million, and the global temperature was within 0.3℃ of the 1950-1980 mean.[i],[ii],[iii] Almost every household relied on coal. Coal in the hearth provided heat; coal-powered electricity plants and coal-fuelled the trains that formed the backbone of transport. However, change was already happening. By the time she was1, in 1927, Marcellus and Joe Jacobs had come up with an alternative, which was already starting to grace the farmlands of the rural US.[iv] Because petrol had to be supplied in bulk across long distances, petrol generators were too expensive and inconvenient for many isolated farms. The Jacob brothers solved the problem when they decided to replace the traditional fan of water pump mill blades with aeroplane propellers, creating the first successful, modern and commercially viable wind turbine.[v] The Jacobs Wind Electric Company, the company they founded, sold about 30,000 units between 1927 and 1957.[vi] Wind turbines have subsequently become a key technology in reducing the use of fossil fuels. Today, wind turbines generate 837 GW of power which, as an alternative to fossil fuel sources, save the annual equivalent of 1.2 billion tonnes of CO2 or a third of total output in the year of Elizabeth II’s birth.[vii]

Marcellus Jacobs stood atop one of his creations

By the time Elizabeth was 12 (1938), a British engineer named Guy Stewart Callendar had drawn together data from 147 weather stations around the globe and was the first to connect three key facets of climate change as we understand them in the modern era.[viii] He determined a link between rising temperature, anthropogenic increases in CO2 concentrations and infrared radiation from the sun.[ix] Just before Queen Elizabeth became a teenager, the concept of anthropogenic climate change had been proven but was widely dismissed; he has since been regarded as half a century ahead of his time.[x]

In 1952, Her Majesty Queen Elizabeth II was crowned in England; in this same year, London experienced “the great smog”,[xi]  a 4-day long toxic fog that gripped London. Driven by cold temperatures, Londoners burnt a higher than usual amount of coal. The consequent pollution would normally rise into the upper atmosphere but was held in place by high pressures and created a 100-200m thick smog filled with carbon dioxide, sulphur dioxide and smoke.[xii] By the time the smog had lifted, 4000 in London were dead. In 1956, the first clean air act was introduced to regulate the emissions of black smoke and mandate the use of smokeless fuels.[xiii] By the coronation, CO2 concentration was 312ppm, and global temperature was within 0.12℃ of the 1950-1980 mean.[xiv]

Raising the Prince of Wales

In 1970, Elizabeth’s heir apparent, Prince Charles, gave his first speech on climate, describing how “We are faced at this moment with the horrific effects of pollution in all its cancerous forms.”.[xv] In his own words, the Prince of Wales described reactions to his speech at the time as being to describe him as “rather dotty”.[xvi]

25 years on the throne

In 1977, Queen Elizabeth celebrated her silver jubilee marking 25 years on the throne. CO2 concentrations in the atmosphere were 333ppm and global temperatures were within 0.33℃ of the 1950 to 1980 mean.[xvii],[xviii] 1977 was also the year that James Black presented to Exxon scientifically-backed models that suggested a doubling of CO2 concentrations in the atmosphere, a doubling within which Exxon would be undeniably involved, would result in a mean global temperature increase of 2-3℃.[xix] 39 years on from Callendar’s research, empirical evidence was presented to the company that the continued release of CO2 would drastically change our world.[xx] Despite this, in 2019, 42 years on, ExxonMobil would have scope 3 emissions alone, similar to the entire CO2 emissions of Canada.[xxi]

40 years on the throne

In 1992, 40 years since her coronation, CO2 concentration in the atmosphere was 356ppm, and the global average temperature was, at its highest, 0.47℃ higher than the 1950-1980 mean.[xxii] 40 years into her reign was also the year that the United Nations Framework Convention on Climate Change was devised at the Rio De Janeiro “Earth Summit”.[xxiii] The summit also introduced Agenda 21, a program of action that detailed the need for investment into new strategies to ensure future sustainable development.[xxiv] Agenda 21 was a springboard for today’s sustainable development goals and the bedrock for a framework that policy makers use to design and implement initiatives in order to build a greener and fairer world.[xxv]

According to Tom Quinn, A royal author, Queen Elizabeth gained a “soft spot” for Americans after her meeting and subsequent fondness for 44th US President Barrack Obama.[xxvi] Barrack Obama in 2008 pledged to “engage vigorously” with the world on the issue of climate change.[xxvii] When this was pledged, CO2 concentrations in the atmosphere were 385ppm and global average temperature was, at its highest, 0.74℃ above the 1950-1980 mean.[xxviii]

A 60-year reign, as the ice caps shrink

This last weekend, the UK came together as a nation to celebrate an extension to the record of Britain’s longest-serving monarch. Queen Elizabeth the II marked her 70th year on the throne, the country’s first Platinum Jubilee. 70 years after she was crowned, CO2 concentrations in the atmosphere are 417ppm, and the global average temperature was in March, 1.04℃ hotter than the 1950-1980 average.[xxxi] Since her birth, the world has seen change arguably on every front, but here we see a drastic change to the nature of our world across the course of one, albeit remarkable, long lifetime. Since her birth, CO2 concentrations have increased by more than 100ppm, and temperature anomalies have broken 1℃.

It is difficult as the author to predict how the reader may react to this knowledge; perhaps you are gripped by a historical fascination for the bold work of the Jacobs brothers or the foresight of Guy Callendar. Perhaps you are awed by the great amount of change our monarch has seen in our life. Perhaps even you are shocked or angry at the rate at which climate change has spiralled out of our control within one lifetime despite warnings within it. Perhaps it has put into perspective the call from Prince William, Duke of Cambridge, during the celebrations for his grandmother, to “harness the very best of humankind” to “protect” the planet for future generations.  In this light, personally, the coverage of this article has highlighted the transience of what could easily believe to be stable; it has made clear, however uncomfortable, the truth that the climate can change in a lifetime. In this example, for the worse, but it is difficult not to feel reinvigorated once more in the hope of a greener, fairer and more sustainable world that must be within our reach.

[i] Our world in data- Fossil fuels 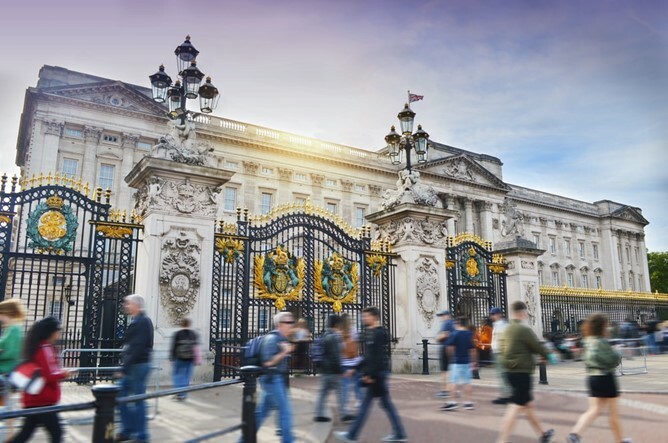 We reflect on how the climate has changed during The Queen's 70 years on the throne.

The world's climate has seen a rapid and worrying change during Her Royal Highness' record-breaking reign.