Manufacturing organisation Make UK has warned that energy bills are already spiralling out of control, with the industry in survival mode. Businesses have warned they may have to suspend operations or shut down entirely
Lauren Foye
Head of Reports, Zero Carbon Academy
Follow
Like Be the first to like this
0

A new survey from UK manufacturers association, Make UK, has highlighted both the current impact and the further challenges businesses in the sector are facing as energy costs look set to continue to soar.

Polling its members, Make UK has said that almost half (42%) of survey respondents reported that their electricity bills have doubled in the last 12 months, whilst 32% said that gas prices have increased by over 100% in the past year. Looking ahead, more than half (52%) of companies now expect their electricity costs to further increase by over 100% in the next 12 months.[i]

Worryingly, the study also found that just under sixty per cent said increased energy costs are now business threatening. To highlight the impact this is having, 13% have stated they are now reducing their hours of operation or avoiding production during peak periods, and 7% are stopping production for longer periods. Additionally, 12% have already made job cuts as a direct result of increased energy bills. Stephen Phipson, chief executive of Make UK, was quoted by The London Evening Standard as saying: “As energy bills spiral out of control, manufacturers are working tirelessly to find ways to reduce consumption, putting in place as much as they can afford in terms of building improvements and installing renewable sources of energy.”[ii]

Manufacturers have also said, “if bills continue to increase and prices rise by over 50% (which they expect in the next 12 months), more drastic action such as shutdowns and redundancies will become inevitable.”[iii]

The study’s publication comes as the UK manufacturing sector has reportedly shrunk for the first time since the start of the pandemic. In August, the Purchasing Managers’ Index (PMI) for the manufacturing sector fell to its lowest level since May 2020, as many believe the UK heads toward a recession. The sector received a score of 47.3 last month- anything above 50 is considered to show growth, and in July, the survey returned a score of 52.1.

“The inflationary clouds that have been building over the UK manufacturing industry have finally burst, with a dramatic fall in demand creating the sharpest reduction of new orders since May 2020,” John Glen, chief economist at the Chartered Institute of Procurement and Supply, has said[iv].

The issue extends outside of the UK, with domestic and international buyers ordering fewer products from the country’s factories. Rob Dobson, director at S&P Global Market Intelligence, which compiles the survey, said: “August saw the UK manufacturing sector suffer its steepest downturn since the first Covid-19 lockdown. There is no escape from plummeting new orders for UK manufacturers. Clients at home and abroad in the US, EU and China are looking to cut their costs, with reports of cancelled and postponed contracts this month.”[v]

Whilst the government can’t necessarily address the issues with falling orders, there are calls for greater help and support to address rising costs at home. Make UK has suggested a range of measures to cover both the short and long-term disruption relating to energy price rises.

The organisation suggests that in the immediate term, Carbon Price Support should be removed to reduce electricity costs and explore the idea of a price cap to freeze prices at an agreed rate. Longer-term, Make UK believe that the government will need to reform wholesale markets to decouple electricity prices from gas. Additional measures being taken by some manufacturers include investment in on-site renewable energy; this is also a medium-term recommendation by Make UK, who suggests a reduction in reliance on the national grid. The benefits of renewables can be highlighted by data from Carbon Brief, who found that “record levels of solar power across the EU this summer avoided the need for 20bn cubic metres (bcm) of gas, which would have cost €29bn (£25bn) to import.”[vi] Further, the falling cost of renewable energy has seen the UK government recently secure a record 11 gigawatts (GW) of new renewable energy capacity that will generate electricity nine times more cheaply than current gas prices[vii].

“Government must step in to help struggling businesses; cashflow is already stretched to the limit, to pay what are now exorbitant energy bills by supporting sustainable factories and move further away from National Grid reliance.” – Stephen Phipson.[viii]

The recommendations from Make UK are as follows[ix]:

A new Prime Minister, but will we now see action?

With the new Prime Minister now installed and promises that the energy and cost of living crisis will be one of her priorities, we could see major announcements on measures to address energy prices over the coming days. This couldn’t come soon enough in the opinion of Make UK:

“We are already lagging behind our global competitors and the prolonged lack of action by the UK Government making this worse. UK Manufacturing needs help now if it is to thrive and maintain the millions of well-paid jobs around the whole of the UK and to keep its place as one of the world’s great manufacturing nations.”[x]

[iv] Manufacturing sector shrinks for first time since May 2020 as recession looms (yahoo.com)

It may be worthwhile mentioning that many manufacturers are investing in on-site renewables to  reduce costs (as per their medium term recommendations). e.g. Mercedes https://www.autosport.com/f1/news/mercedes-6-million-f1-energy-bill-prompts-solar-farm-plan/10363259/

It would be good to explain why: increasing percentage of renewables in the grid. These posts in Carbon Brief provides some figures: https://www.carbonbrief.org/analysis-record-low-price-for-uk-offshore-wind-is-four-times-cheaper-than-gas/ 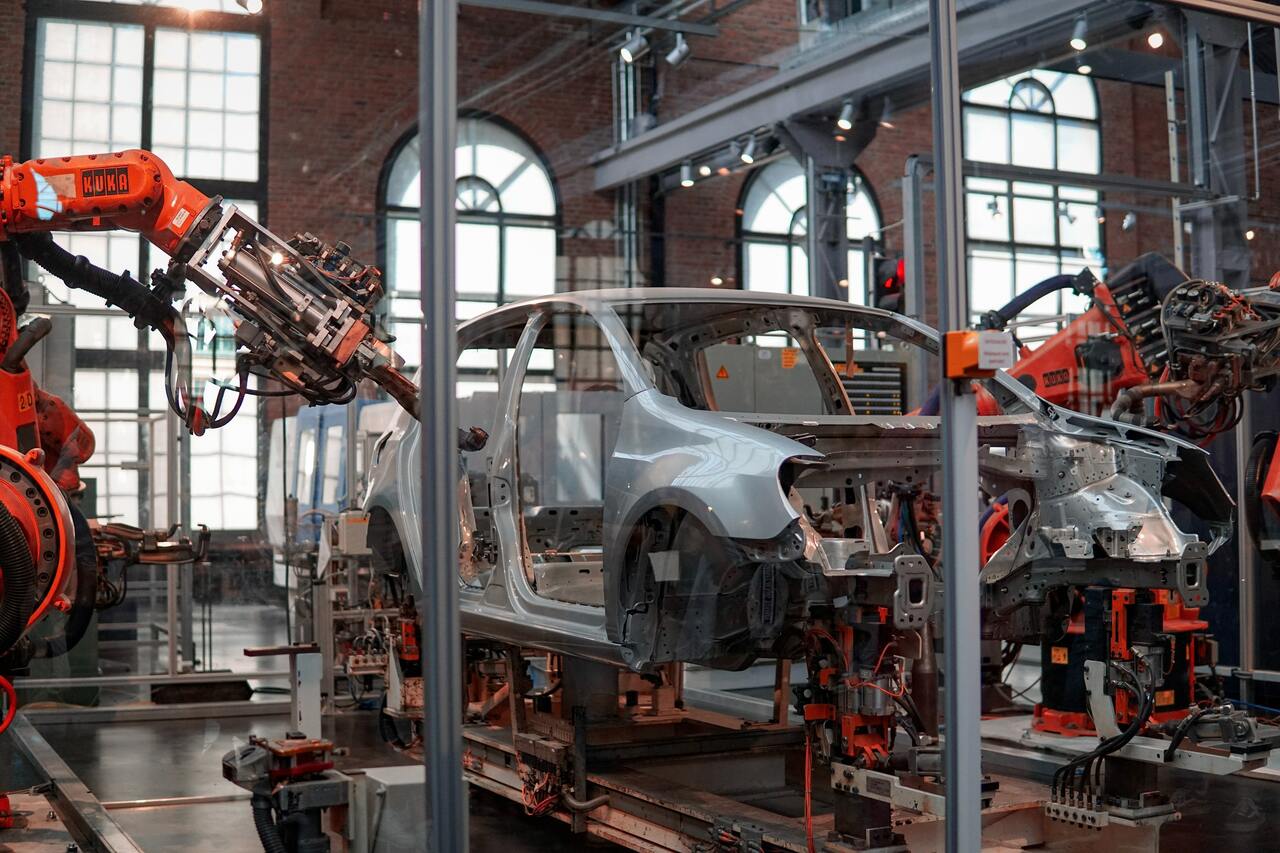 Manufacturing organisation Make UK has warned that energy bills are already spiralling out of control, with the industry in survival mode. Businesses have warned they may have to suspend operations or shut down entirely