Wind power is a growing force in the global and UK energy mixes, but there is more potential that can be unlocked by attempting to uncouple their price from wholesale gas prices that could not only provide economic benefits during the energy crisis but also incentivise a low carbon energy mix
Oscar Pusey
Junior Analyst, Zero Carbon Academy
Follow
Like Be the first to like this
0

A record year for wind power

A new record was set in the offshore wind industry in 2021 when 21.1 GW of new offshore wind reached grid connection globally, three times more than in 2020. With this recent addition, total cumulative offshore wind generating capacity now stands at 56 GW, an increase of 58% year over year (YoY) and 7% of all cumulative wind installations worldwide.[i] With more than 2.3 GW connecting to the grid in 2021, the UK had a record year, but China overtook it as the country with the most offshore wind deployments.[ii] In April of this year, the BBC reported that by the end of the decade, the government wants 50 gigawatts (GW) of the UK's electricity to be produced by wind, 5 GW of which are expected to come from floating platforms in deeper waters off the UK.[iii] As a result, the approval process for new projects is being sped up, with the approval period for offshore wind farms being reduced from four years to one. However, despite claims by energy corporations that onshore wind farms in the UK could rapidly and cheaply supply cheaper electricity, the government hasn't done anything to remove planning barriers.  It claims that to host wind farms, "a small number of supportive towns" must agree to do so in exchange for decreased energy costs. More than 11,000 wind farms, both on and offshore, currently generate more than a fifth of the electricity used in the UK.  By 2035, former prime minister Boris Johnson had previously stated that he wanted all of the energy in the UK to come from "clean sources."[iv] By 2030, onshore wind capacity would need to double, and offshore wind capacity would need to quadruple in order to achieve this aim. This would
necessitate the construction of 1,000–2,000 new wind farms.

The energy crisis and wind power

ZCA has previously addressed how net zero policies can work in tandem with measures to address the energy and cost of living crises. Since that article, the new Prime Minister, Liz Truss, has announced measures to ease pressure on households and businesses with the energy price guarantee. The new Energy Price Guarantee, which caps the price suppliers can charge consumers for units of gas, will allow a typical UK household to pay no more than £2,500 annually on their energy bill for the next two years starting October 1st. This accounts for the temporary removal of green levies, which are now estimated to be worth £150.[v] The guarantee will replace the current energy price cap. Alongside the announcement, the government also outlined the following commitments:

At its heart, the energy crisis is driven by the intrinsic link between wholesale gas prices and energy prices (discussed here). Uncoupling renewable prices from gas prices is key to a green, resilient energy mix.

Creating new fixed-price, longer-term contracts with project operators receiving lesser returns, according to industry groups RenewableUK and Energy UK, would help ease the burden of increasing energy prices on UK customers. The Renewables Obligation (RO) scheme currently supports wind and other renewable projects, and the UK Energy Research Centre has suggested that these projects be given the option to choose new long-term, fixed-price contracts at prices lower than the existing wholesale market price.[vii] Wholesale power prices are set by the ‘marginal unit,’ i.e., the last and most expensive unit of generation required by the system to ensure demand is met. All generators (barring special agreements) will get this price because it is used throughout the whole market and is unaffected by operating expenses.based renewable generators must submit a "sealed bid," which is a type of application. There have been three auctions, also known as allocation rounds, where various renewable technologies have competed head-to-head for contracts. The UKERC suggests that rather than just being available for new projects, a CfD auction should be carried out for operational renewable projects. Their own analysis states that savings begin at roughly £5 billion a year, or about £70 per family, assuming the CfD price is high, and only about 23% of renewable energy sources participate.[x] The savings would be about £22 billion a year if the majority of currently used renewable and nuclear energy participated in the programme. Over £300 in annual savings could be made on household expenses. Customers of industrial and commercial electricity would gain from decreased costs. These savings could be a means of reducing the necessity of the current policy to suspend green levies entirely. The proposal could also make green energy projects more appealing and lessen the requirement for new oil and gas licences and the restart of shale gas recovery in the UK, which will help maintain the positive trajectory that the UK energy sector has been on in terms of its road to net zero.

[iii] BBC- How many more wind turbines will the UK build?

[viii] UKERC- Can existing renewables and nuclear help keep prices down next winter? 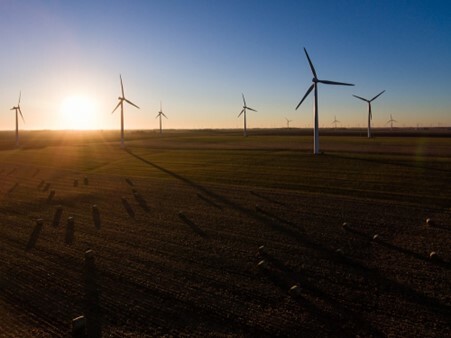 Wind power is a growing force in the global and UK energy mixes, but there is more potential that can be unlocked by attempting to uncouple their price from wholesale gas prices that could not only provide economic benefits during the energy crisis but also incentivise a low carbon energy mix