Covid & Carbon Series: The pandemic has not only impacted GDP, but has driven a decline in carbon emissions across the globe… How has Government Policy adapted, as we see the economy bounce back?

The first year of the pandemic resulted in a dramatic decline in carbon emissions. With 2021 returning the global economy back to ‘normality’, how have some governments attempted to utilise the economic recovery to promote green agendas?
Lauren Foye
Head of Reports, Zero Carbon Academy
Follow
Like Be the first to like this
0

The coronavirus pandemic has had a considerable knock-on effect in terms of impacting global levels of CO2 emissions. In part this has been driven by the government policies imposed during the first year of the pandemic. Such measures have drastically altered patterns of consumption, movement of people, and demand for goods, around the world.

According to the Global Carbon Project, their estimates find that global emissions are expected to have fallen by about 7% in 2020 (equivalent to 2.4 billion tonnes of carbon dioxide) when compared with 2019. They argue that this can be attributed to the slowdown in economic activity associated with the Covid-19 pandemic. “To put this into perspective, the Global Financial Crisis in 2008 saw a 1.5% drop in global emissions compared to 2007. This year’s emissions decline is more than four times larger.”[i]

The impact on emissions is understandable when we reflect on the measures which took place to combat the virus. Many international borders were closed, leading to a substantial fall in air traffic (down 75.6% vs 2019) and populations were asked to remain in their homes for weeks and sometimes months at a time. Further, transport was significantly reduced as working behaviours changed even once restrictions lifted, and we also saw evolving consumer behaviours- such as a greater reliance on online shopping, rather than visiting in store.

Following the relaxation of many coronavirus restrictions, alongside the roll-out of vaccine programmes, many countries saw life begin to return to something more akin to normality; at least for extended parts of 2021. The opening up of society also helped to boost consumer confidence, leading to greater footfall and an increase in economic activity. The impact has also been felt with fossil fuels; where 2020 saw a decline in demand, 2021’s economic rebound has seen significant uptick in consumption. In a report released in April 2021, the IEA (International Energy Agency) predicted that global energy-related CO2 emissions would rebound and grow by 4.8%, this would be the result of increased demand for coal, oil and gas which would spike in demand as economies bounced back. At the time they stated: “The increase of over 1 500 Mt CO2 would be the largest single increase since the carbon-intensive economic recovery from the global financial crisis more than a decade ago, it leaves global emissions in 2021 around 400 Mt CO2, or 1.2%, below the 2019 peak.”[ii] It is worth noting of course that this research was carried out prior to the discovery of the Omicron variant in November 2021.

The increase in emissions for 2021 is forecast to be the second biggest in history, second only to the rebound from the financial crisis

Whilst fossil fuels have seen a resurgence over the past 12 months -largely due to actions by leading polluters such as China and India, other economies have attempted to use the pandemic recovery period to move towards a greener society longer-term. We have seen the phrase ‘build back better’ adopted by several world leaders as their economies recover from the initial phase of the pandemic. In the UK, the economy was severely dented during 2020, witnessing a drop in GDP of -9.8%, the steepest drop since consistent records began in 1948, and the most in over three hundred years according to some estimates. As the economy unlocked in spring 2021, following the success of the vaccine roll-out, the government published its plans for future growth as the nation continued to move through the pandemic:

“‘Build Back Better: our plan for growth’ sets out the government’s plans to support growth through significant investment in infrastructure, skills and innovation, and to pursue growth that levels up every part of the UK, enables the transition to net zero, and supports our vision for Global Britain.”[iv]

A key feature of this was the inclusion of a ten-point plan for a green industrial revolution:

“As the world looks to recover from the impact of coronavirus on our lives, livelihoods and economies, we have the chance to build back better: to invest in making the UK a global leader in green technologies. The plan focuses on increasing ambition in the following areas:

In the US, the build back better term (also known as the budget reconciliation bill) has been coined to describe Joe Bidens domestic agenda and legislation, within which there are specific proposals around green practices and climate reforms. The proposal includes tax credits for those purchasing electric vehicles, tax credits and grants for businesses and communities working towards clean energy initiatives, as well as taxes and fines to be levied on utility companies to push them to clean up emissions from fossil fuels.

The pandemic and resulting lockdowns have had a marked impact on global CO2 emissions. With economic recovery, there has been a rapid increase in demand for fossil fuels once more. Whilst several countries have used the pandemic to make strides towards Net Zero, and have set out spending plans and targets, the pandemic is far from over. Many of these proposals require large levels of investment, and the emergence of the new coronavirus variant ‘omicron’ still poses a largely unknown challenge. If further lockdown measures are required and economies stall once again, we could see not only reluctance to enact spending on a ‘green revolution’, but a reversal and return to reliance on cheaper fossil fuels and polluting activities. In the UK specifically, one could argue that the governments leadership of COP 26, as well as the introduction of a roadmap to Net Zero targets, suggests tough action on climate matters. However, we are yet to see these changes come to fruition and some may argue that it is merely box ticking at the present time, with goals subject to change over the coming months and years.

[i] Global emissions are down by an unprecedented 7% — but don’t start celebrating just yet (theconversation.com)

[iv] Build Back Better: our plan for growth – GOV.UK (www.gov.uk) 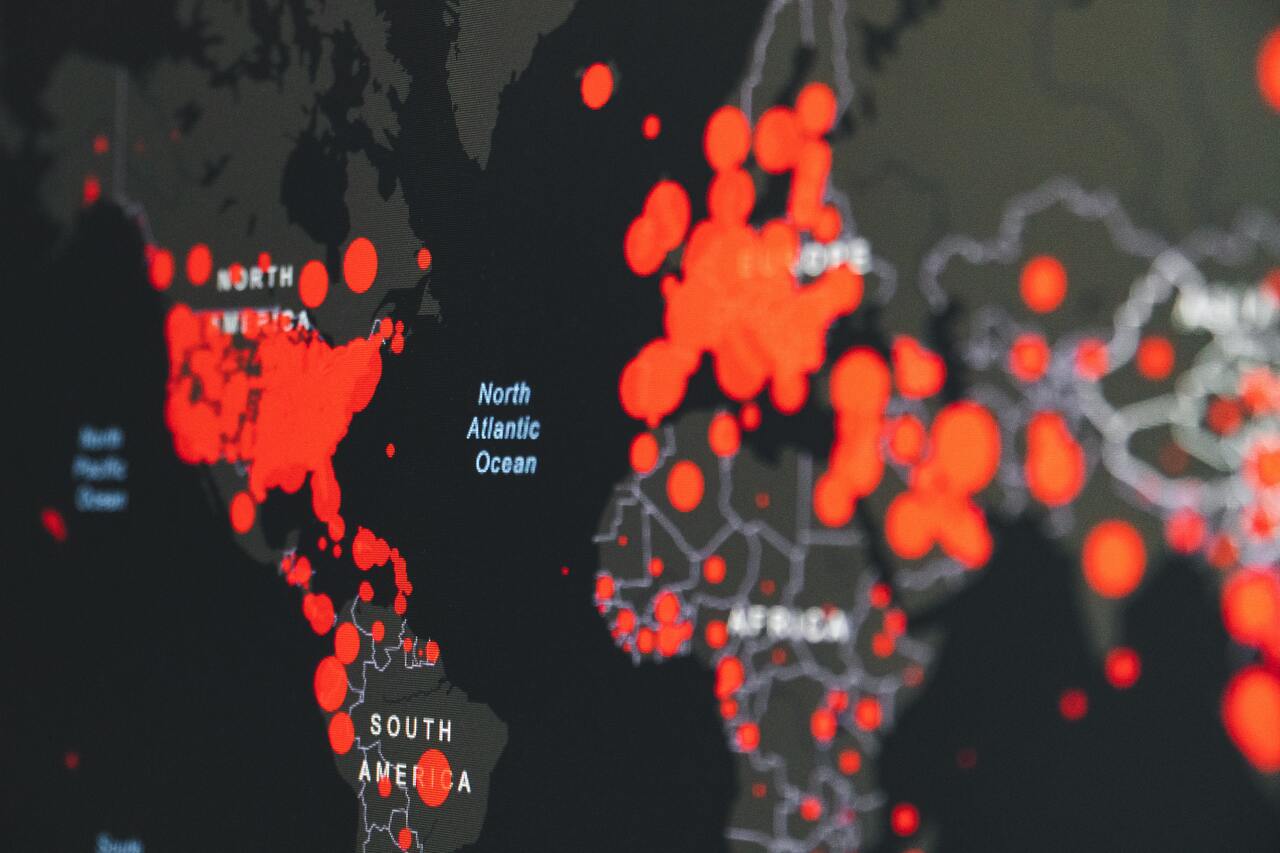 Covid & Carbon Series: The pandemic has not only impacted GDP, but has driven a decline in carbon emissions across the globe… How has Government Policy adapted, as we see the economy bounce back?

The first year of the pandemic resulted in a dramatic decline in carbon emissions. With 2021 returning the global economy back to ‘normality’, how have some governments attempted to utilise the economic recovery to promote green agendas?